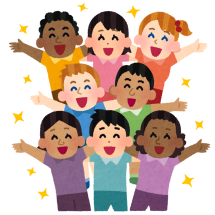 People imagine Japan to be culturally homogeneous. In some ways, this is true. However, Okinawa is much more culturally diverse than mainland Japan for several reasons.

First, the Ryukyu Kingdom’s prosperity was a product of international trade whereas Japan maintained a strict isolationist policy for several centuries. One off-shoot of the Ryukyu Kingdom’s international relations is that Okinawans are historically more genetically diverse than Japanese. In fact, Japanese people often superficially mistake Okinawans on mainland Japan as Taiwanese or Filipino individuals. 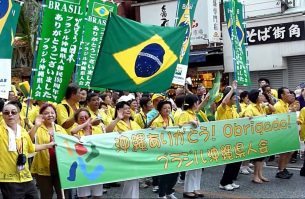 Second, for various reasons, Okinawa had the highest emigration rate of Japan’s prefectures in the last century. Recently, many second or third generation Okinawans have returned to the island from their homes in South America, Asia, Hawaii, and so on, creating a chanpuru (mix) of cultures in the small prefecture. Do you want Argentinean food? Peruvian food? Mexican or Indian or Thai food? You can find restaurants serving all of these on the Okinawa mainland. Do you like salsa dancing, want to practice your German or Spanish? No problem, there are several Latin dance clubs and foreign language speaking communities here.

Third, close contact with American culture due to 27 years of occupation and continued military presence has exposed many Okinawans to a large dose of American culture. (Okinawa was American territory until 1972 – Okinawans needed a passport to go to mainland Japan!) For example, Okinawan vocabulary boasts a higher rate of English loan words as compared to mainland Japanese. Okinawans may know more about US holidays or foods than mainland Japanese people would as bases are frequently opened to the public for holiday celebrations, and American oriented shops sell popular items like apple pie and turkey on Thanksgiving.