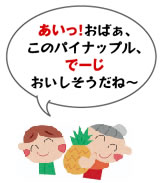 The Okinawan languages are related to Japanese, but they are by no means mutually intelligible.Today, almost everyone on mainland Okinawa can speak standard Japanese, though there are regional words and slight grammatical variations particular to Okinawa. That said, many people, especially Okinawans over 60, can also speak what is widely referred to as “hōgen”, or Okinawan dialect. In reality, what they are speaking is not a dialect of Japanese, but a language unique to Okinawa. As a group, the languages spoken in Okinawa are commonly referred to as Uchināguchi. The Okinawan languages are a part of the Japonic language family along with Japanese. Referring to them as “hōgen” was a political move by the Japanese Empire that started during World War II as part of a plan to build support for the idea of monoculturalism. The idea that the languages spoken in Okinawa are dialects has continued to the present day, but recently there has been a movement growing in Okinawa to change this belief.

Unfortunately, the number of people who can actually converse fluently in any of the Okinawan languages is decreasing rapidly, and all forms of Uchināguchi spoken in Okinawa are considered endangered. Unless in the rare case that they cannot speak Japanese or you look like a person from Okinawa, almost no one will address you in Uchināguchi. They are mindful of the fact that you are foreign and will be happy if you are learning any Japanese at all!

There is no need for you to worry about learning any Uchināguchi before you move to Okinawa, but inserting a greeting or an Uchināguchi word that you have learned when speaking to Okinawans will most likely be positively received! 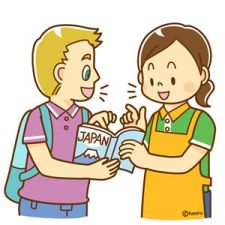 Despite the presence of U.S. Military and the large amounts of foreign tourists across the islands, Okinawa is just like any other prefecture when it comes to speaking English—the range of proficiency varies widely. The great part of living in Okinawa is that it is one of the more English-friendly prefectures, especially in the cities and the tourist areas. You will come across more English signs and people who can speak at least a very basic level of English in most parts of Okinawa.

However, it is still very much Japan and the main language is Japanese. It is very beneficial to learn at least a very basic level of Japanese (reading, listening, and speaking, in particular) if you want to get around with a bit more ease.